A game of Swashbuckling & Treachery

What a time to be a pirate! You have gained a set of scrolls that lead you to magic fish! The more fish you collect, the more magic-y goodness courses through you. Destroy your enemies, gather your fish, and gain arcane magical dominion over the seven seas!

Fish N Ships is a quick combat & hand-management card game set in a fantastical world of swashbuckling seafarers. In Fish N Ships, each player takes on the role of a pirate who must follow the compass points on their scrolls in order to find the legendary fish and gain unique magic powers. Players fire cannons at each other, steal one another's cards, hoard treasure cards to claim special abilities, and play powerful Tide-Turner cards that can change the course of the game entirely.

Each player starts with four cards from the draw deck and a secret goal card listing their unique combination of treasure cards needed to win the game. The moment a player takes possession of the cards listed on their goal card, they immediately win and the game ends.

Players may steal cards from each other's hands by engaging in battle, and could easily lose everything if sailing into battle unprepared. To mitigate (but not completely eliminate) the risk of losing their treasure cards, a player may choose to place a card face-up in front of them, making the card "Locked down" and immune to the effects of battle.
The more treasures a player has locked down, the more special abilities they may claim. Special abilities (such as "+1 to Attack" and "Draw from discard pile") can only be claimed by one player at a time, encouraging players to race to be the first to claim the most desirable powers.

Fish N Ships uses a structure that rewards planning while also encouraging quick adaptation of play strategy. Players are never eliminated (even if they run out of cards) & are given equalizing bonuses if ganged up on repeatedly. Powerful single-use "Tide-Turner" cards are included in the deck that can be used outside a player's normal turn-actions to disrupt an opponent or bolster a winning streak. Once used, Tide-Turners are removed from the game, encouraging players to use them wisely.

All gameplay mechanics of Fish N Ships are designed to encourage player interaction, either through battle or theft. It is statistically impossible for a player to collect all the treasures listed on their goal card by solely drawing from the deck. Though a player may choose to play a pacifist for most of the game, they will be forced to fight an opponent eventually.

Combat is structured so that neither party will have an immediate advantage (other than the surprise of the initial attack) and the game encourages players to be prepared for battle at all times.

Of course, your luck could change it's tide at any moment, so best be havin' yer cannons at the ready! 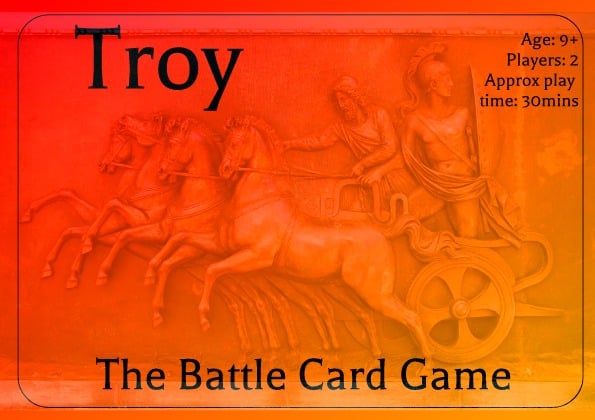