All of the Enchanters line in one single box!

Enchanters is all about saving a village from monsters. Shuffle a few Kingdom decks together to create the set of items, enchantments and threats! On your turn, journey to collect a card from these decks, or rest to recover. Stack up equipment and enchantments to become the best battlemage!

In the fantasy card-drafting game Enchanters, you create an artifact and upgrade it each turn. Every card you take retains some of its power. As you grow stronger, you can take on more powerful monsters and, if you plan well, even defeat a dragon.

To set up the game, each player takes five crystals, then you shuffle together as many kingdom decks as the number of players, then lay out six cards (either items of enchantments) on the journey track. In the game, players take turns to embark on quests, collecting cards from the journey track by paying with crystals. Acquired cards are placed into adjacent stacks, with something like “Long Sword” going into the item stack and cards like “of Fire” going into the enchantment stack; combined, these cards create the “Long Sword of Fire”, and cards grant both temporary bonuses (upper icons and skills) and permanent ones (bottom icons).

Players may attack approaching monsters and defeat them in a simple combat encounter to score points. In combat, you compare your defense against the monster’s strength to determine whether you receive damage. Then, you need to accumulate as much attack as the monster’s health to defeat it. You keep defeated cards as trophies.

From time to time, you rest in the village to gain crystals or heal wounds. If you do, discard the first card from the journey track. At the end of each turn, replenish the journey track to six cards.

The game ends when the last card is taken or discarded.

Included in the Deluxe Box : 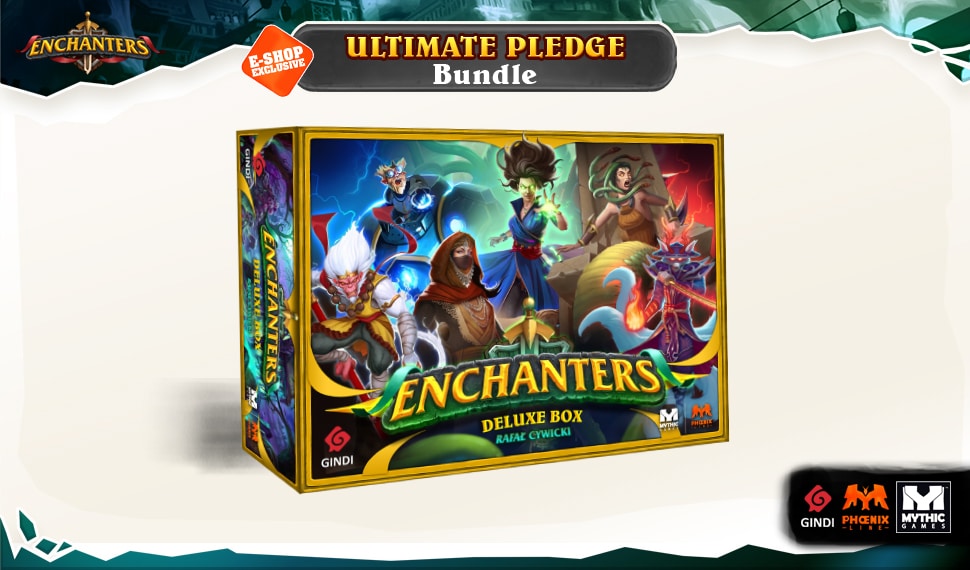