In Celestia, a revamped version of Cloud 9, you board an aircraft with a team of adventurers to perform many trips through the cities of Celestia and recover their wonderful treasures. Your journey will not be safe, but you will attempt to be the richest adventurer by collecting the most precious treasures! At the beginning of a journey, all players place their pawns within the aircraft; the players start the game with six cards in hand (or eight depending on the number of players). At the beginning of each round, one player is chosen to be the captain of the trip and he rolls 2-4 dice to discover the challenges that they will face: fog, lightning bolts, killer birds, or pirates. He must then play the appropriate cards ” a compass, a lightning arrester, a foghorn, or even cannons ” to continue on the journey and reach the next city. But before the captain plays the appropriate cards, each player must decide whether to stay within the aircraft: If you exit, you're guaranteed the victory points that come from exploring the current city. If you stay on board, you hope to make it to the next city in order to catch more precious treasures. If the captain can't overcome the challenge, though, everyone comes crashing down empty-handed and you'll need to begin a new trip with all passengers on board. During the journey, each adventurer can try to pull out of the game with fabulous objects (a jetpack, astronomy glasses, etc.) or by changing the trip (modifying the travel or abandoning an explorer in the city). As soon as a player earns treasure worth at least fifty points, the game ends and this player wins. Ages 8+ 2-6 players 30 minutes playing time. Celestia is a light, semi-cooperative push-your-luck card game for two to six players. It plays in around 30 minutes and is recommended for ages eight and above. The box contains a simple but elegant cardboard steampunk airship, as well as pawns, inventory and loot cards, unique œevent dice and the rule book. Playing Celestia

In Celestia players take turns to captain an airship which travels on a fantastical voyage between floating islands. The routes between these islands are full of dangers; man-eating birds, ravaging pirates, vast fog-banks, and crackling thunderstorms can all end a journey with disaster. However, players have a range of tools at their disposal to fend off these perils, from fog-horns and compasses, to cannons and lightning arresters. To get to the next island the captain must roll a number of dice to discover the dangers the ship will face on its journey. Passengers then decide either to remain on the ship, trusting the captain has the necessary cards in hand to negate the perils, or disembark to earn some loot. Those that disembark can pick up a treasure card, but the highest scoring loot is reserved for the furthest islands, so players have to engage in an uneasy alliance to get as far as possible. The first to score 50 loot points wins the game. "I stride down the gangplank, twirling the cane in my hand and whistling tunelessly. Once on the far side, on terra firma, I turn to the airship and doff my cap to the captain, Ms Briar, for getting us to Barbadahl. Attacked by Damok birds and Loc-khar pirates, she had done well to steer us to safety. Exhausted, she gives me a curt nod in return. "I turn from the ship. The floating city of Barbadhal stretches out before me like a shimmering crown. Fluted golden spires and ornate pillars dominate the skyline. Chimneys and ducts spew a myriad of colours into the atmosphere; some vent red crystals that rise before falling to earth among packs of delighted children, others rattle and pop before disgorging violet rings that slowly dissipate to nothing as they rise." Final Thoughts

This brings me onto the biggest gripe I have with the game. It is very repetitive. VERY repetitive. And there is no great escape from this repetition. Occasionally you might get a special power card, or a piece of loot that lets you automatically jump to the next island without playing any cards. These cards are excellent, but are reliant on a hefty dose of luck to draw, as everything is random. Your ability to influence your own success in this game is therefore limited. The best thing you can do to prepare for Celestia is to play poker with your friends for a couple of months. This will help you read their tells and work out when theyre lying. This makes the game a great leveller for the less tactically-minded amongst us, but also means it can feel frustrating and shallow. Guessing who is in the lead also requires a bit of luck, as the first six of the nine floating islands have different loot cards that can be drawn with a range of values on them. This range does progressively get higher as you jump from one island to another, so you have an idea of the leader, but are no means certain. You will find yourself chasing your assumed leader, trying to make one more stop than they do. Meanwhile another, more conservative player that gets off early but is luckily drawing high scoring loot can actually be in front, especially if you have crashed a number of times. Leaving game design to one side, the games components are robust and well made. The airship I mentioned at the start of the review looks great on the tabletop, manned with meeples. It even comes with some spare parts. After many uses Im thinking of gluing mine together as it is starting to fall apart a little. The game looks lovely, the artwork on the cards ties well with the theme. Everything in the game is language independent and the rule book is clear is concise. The Verdict on Celestia

Celestia is an easy-to-learn card game that is ideal for starting a games night or to act as a short filler between more substantial affairs. The artwork is thematically very attractive, the components are excellent, and the game is short and light enough that family, friends, and gamers alike should all have a blast with this slick package. That said, anyone looking for a substantial challenge or more than a superficial dash of strategy should look elsewhere. 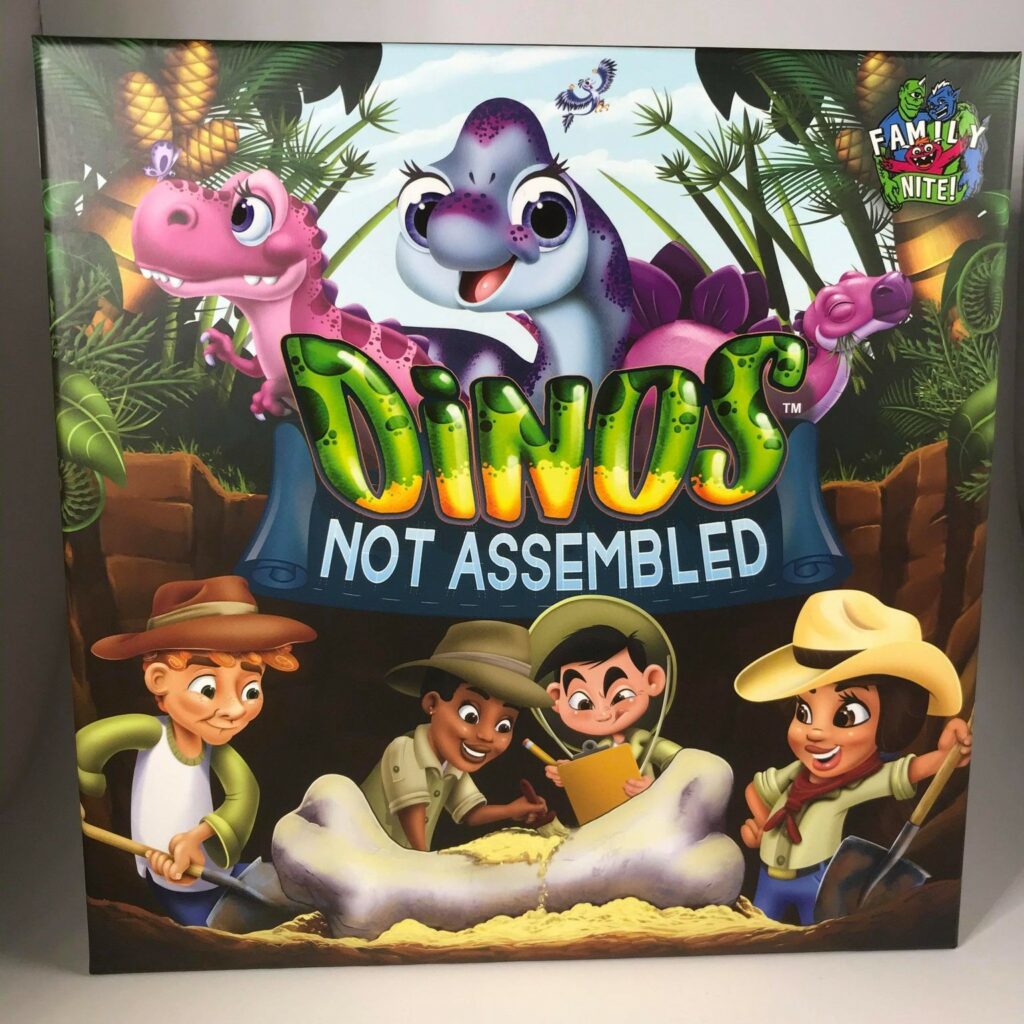 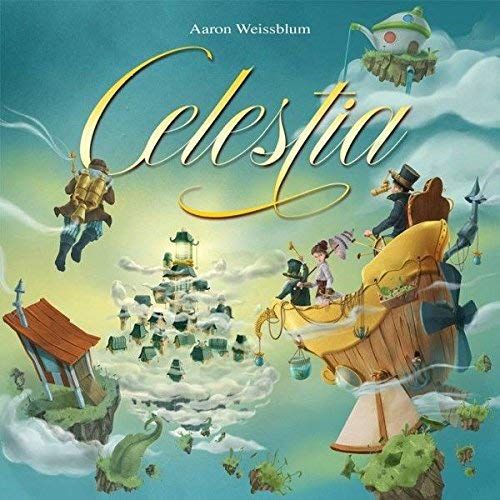