Bang! The Dice Game is a 2013 re-implementation of the Bang! Card Game from 2002. It features the same wild west shootout with a sheriff who can’t quite remember who is a loyal Deputy and who is a treacherous Outlaw. As the name suggests, this version uses dice instead of cards to see who lives and who dies.

Updating the game to feature dice has worked incredibly well. Games are shorter, snappier, and more exciting. Players are assigned characters and secret roles. There are four roles in each game; Sheriff, Deputy, Outlaw and Renegade. The Sheriff and Deputies win if they outlive the Outlaws and Renegades. The Outlaws win if the Sheriff dies and the Renegade wins if they are the last person standing, a very tricky role to succeed in.

On their turn a player will roll the five dice up to three times. Choosing to keep certain results along the way. The dice will allow players, to inflict harm upon themselves and others, as well as heal.

When the dice allow you to shoot they give you a range of either one or two. The one lets you shoot a player next to you and the two means you have to shoot a player one space further away. This leads to players being forced into shooting those they don't necessarily want to. During the game this will lead to many heated debates and appeals to the Sheriff, whose role is always visible.

The Bang! dice can also cause Gatling Guns to fire, inflicting damage on all players. Beers rolled allow healing, which can be given to other players if necessary. There are also Native American attacks and Dynamite explosions, which can cause big amounts of damage.

Bang! The Dice Game is a fun experience. It has player elimination but the game will be over quickly and it’s fun to watch the last few rounds play out. Outlaws and Deputies can win even if they have been eliminated so still have a stake in the game.

Having the Renegade in the game nicely muddies everyone’s motivations. The Renegade will want to keep the Sheriff alive, but not too alive. So can be mistaken for a loyal Deputy, which will anger the real Deputies.

This is a worthwhile addition to the Bang! Family. It plays up to eight and is a wonderful way to kick-off a gaming night. You may end up playing it all night as everyone will want to have one more roll of the dice. 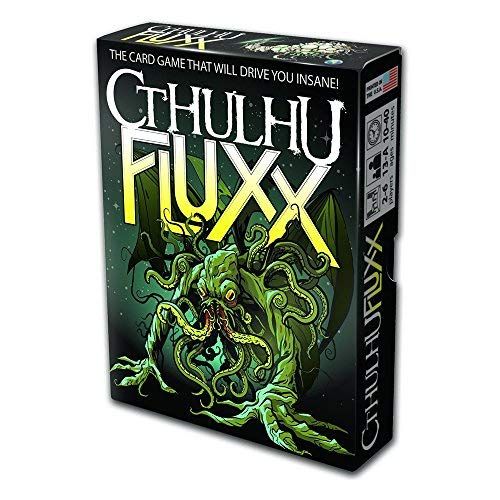 Explore the dark and horrifying mysteries of the unknown as you battle insanity and fiendish cults in Cthulhu Fluxx! Follow the wild-eyed Poet, the obsessed Artist, and the expeditions of the Professor as they investigate Eldritch Secrets no mortal was meant to discover.Someone has stolen the Necronomicon from the library at Miskatonic Univeristy, and a Farm in the hills is undergoing a horrifying Metamorphosis.Meanwhile, unspeakable abominations stir in Penguin-riddled Tombs beneath the ice.Are you Inevitably Doomed to a lifetime of Nightmares in the Sanitarium, or are you, in fact, a Secret Cultist, worshiping the Minions of Darkness? Players collect Keeper cards to satisfy the victory requirements but watch out for Cthulhu and other fiendish Creepers that will prevent you from winning - even if you otherwise have the winning combination. Ages 8+,2-6 players, 5-30 minutes playing time 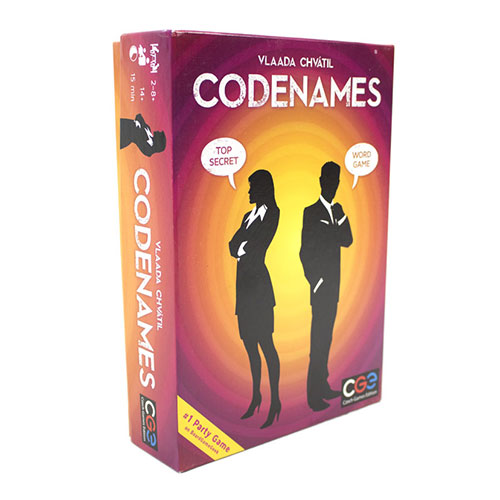 Codenames, a party game suitable for 2-8 players, will see you working alongside your teammates and nominated spymaster to work out where your fellow agents are in the field, while also making sure to avoid the innocent bystanders and the dangerous assassin! Czech Game Edition's Codenames is a fantastic, easy to play word association game that sees players split into two teams, each team having a nominated spymaster. These spymasters are given a grid that details the exact location of all their agents in the field. It is up to those spymasters to communicate the locations of the agents to their teammates however there is one big catch!The locations are all associated with words and the only way to communicate these is to give one word clues! Once a clue has been given, it's up to the team to work out which words the spymaster is trying to communicate to you. If you select a correct word, then well done, you’ve found a fellow agent! Be careful though, select a wrong word and one of three things can happen! You could have mistaken an innocent bystander for an agent, a rather foolish thing to do! You could have found on of the other team's agents which will simply give them the upper hand! But worst of all, you could find the dangerous assassin. Find him, and it's game over for you my friend! Work together to find all your agents and you will be victorious and successfully complete your mission! This game will have you on the edge of your seat and be careful because when you think you’ve found the word, you may just start second-guessing yourself! Codenames is a great party game and one that has grown in popularity massively! It's an essential game for anyone's collection and one that is sure to be a hit with all! Player Count: 2-8 Time: 15 Minutes Age: 14+ 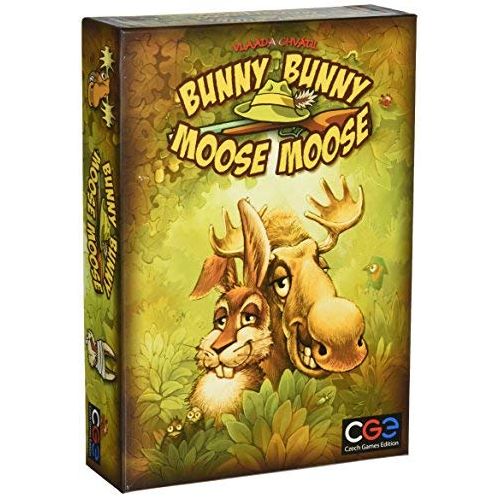 Once again, the hunter prowls the forest.
All the animals flee in terror! Well, not really.
Only a dumb animal would call attention to itself.
In our forest, the animals are smart, otherwise their heads would be decorating the hunter?s mantelpiece.
Our animals just casually saunter away, while convincing the hunter that he must be looking for something else.
?Are you hungry for rabbit, Mr.
Well, you see, I?m a moose.
Oh, no, not a moose with antlers like that?. 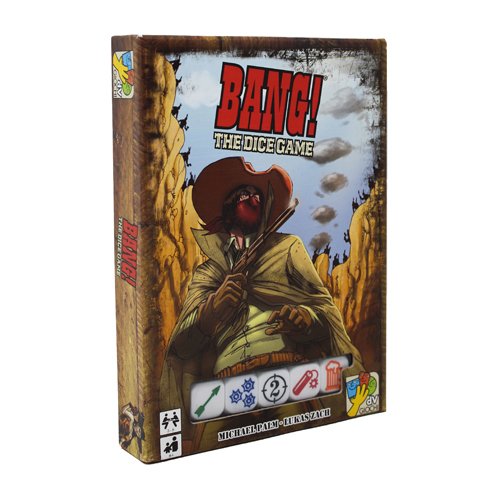