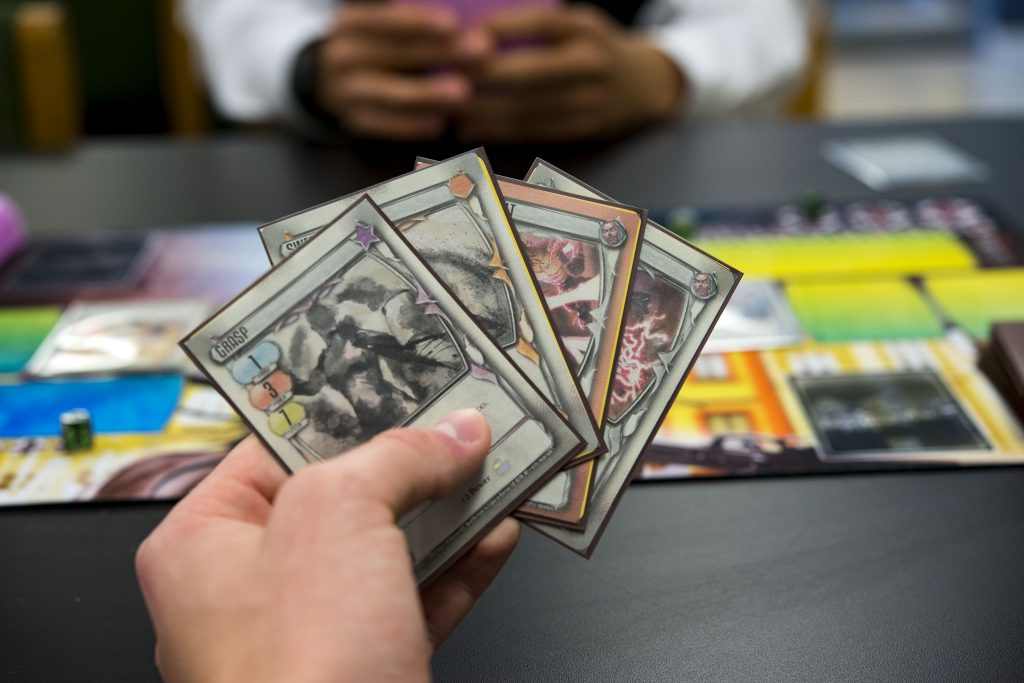 Lockdown in many places had made meetups for board gamers impossible, although it hasn’t stopped the board gaming community from finding new creative ways of playing together. Carefully positioning phones and cameras, online gaming platforms and print & play versions are just some ways to play board games in lockdown. This article outlines a few online and print & play games you can check out. It is by no means an exhaustive list, but intended to be a helpful collation of online resources.

Online gaming is one of the ways you can play classic board games, or even make your own and still stay connected with people and make new connections. Below are a few of the most popular game simulators and online platforms available.

Acram Digital (titles such as Charterstone)

A lot of the games online won’t have rule books so it may be necessary to know how to play, but you can often find instructions and videos online to learn how to play. However, online gaming is also a great way to practice games that you may want to get better at, so you can ace it when you next meetup with your board game group.

If you’re not into online gaming, and you have a printer, you could try some print and play games. This is certainly not an exhaustive list, but a few I’ve found which may be of interest. Many kind publishers are offering free special versions of games especially for this quarantine which are worth a look.

Jelly Bean Games have quite a nice selection.

Not quite print and play, but if you’re a fan of exploding kittens and all players have a set of cards you can play Quarantined Kittens

Some free quarantine colour and play from AndHeGames

A few games available in French, English and Spanish here

There’s lots of choice out there, hopefully you’ll find something to get stuck into, even if a regular board game session isn’t an option.

Now may also be a great time to play through a campaign or legacy game, a solo game, or the RPG which you never thought you’d get into. Maybe its time to learn how to play new ones.